This hamburger-based 🍔 restaurant chain was founded in 1938 by William Singer and became known for its Mini-hamburgers that are similar to those sold by White Castle. During its peak in the 1960s when there were over 175 locations, burgers cost 15 cents and birch beer 🍺 and French fries 🍟 were 7 cents each. The Royal 👑 Castle motto was "Fit for a King" but by 1970s the chain began to lose ground to other fast-food hamburger chains. We loved this location's #vintage orange #neonsign with its unique #font. 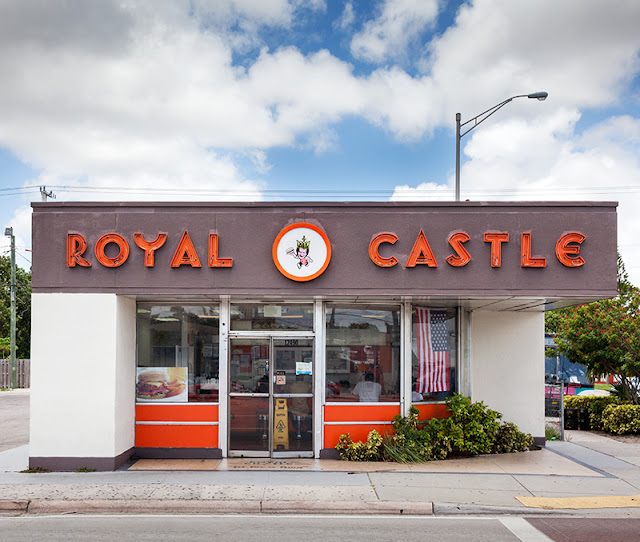 Posted by James and Karla Murray at 6:37 AM