With Halloween 👻 a day away, we thought we would post a favorite #ghostsign of ours from Elizabeth Street in NoLita.

We remember the G. La Rosa & Son Bread Co. well as we would often take our dogs Tabasco and Java (R.I.P) for a walk along this street and would always smell the fresh bread 🍞 baking late in the evening. The owner even gave us a fresh out-of-the-oven loaf one evening because we were stopped outside his open doorway and commented to him how good it smelled. ( they were a wholesale business and had no actual storefront to sell individual loaves).

This #analog photo was taken after the #bakery had closed in the early 2000s and this portion of it became a high-end antique shop and the building next door became a condo with boutique stores on the ground floor. #signgeeks #signsofgrime #typography #signcollective #dailtype #typevstime #graffitiwall 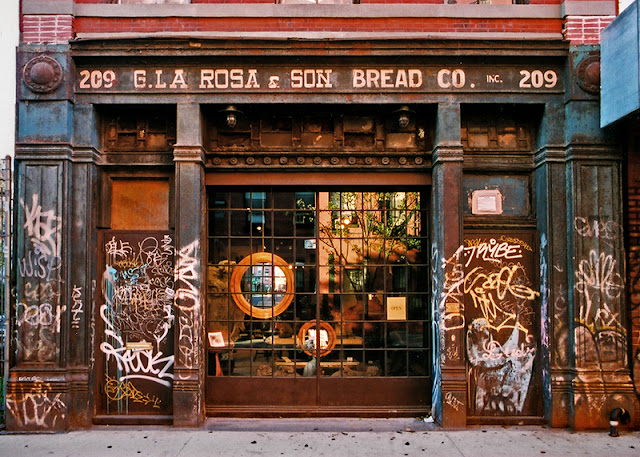 Posted by James and Karla Murray at 7:50 AM