In honor of last night's harvest moon 🌕  which is unusually late this year (it is normally seen in late September, not October) we are posting White Mountain Farm Grocery. We love that this #delicatessen kept its #vintage Coca-Cola #privilegesign. In the 1930s and 40s, these #signs were very prevalent around the city as they were given free to store owners who agreed to sell Coca-Cola products. Unfortunately many of these Coca-Cola signs have been replaced. #storefront 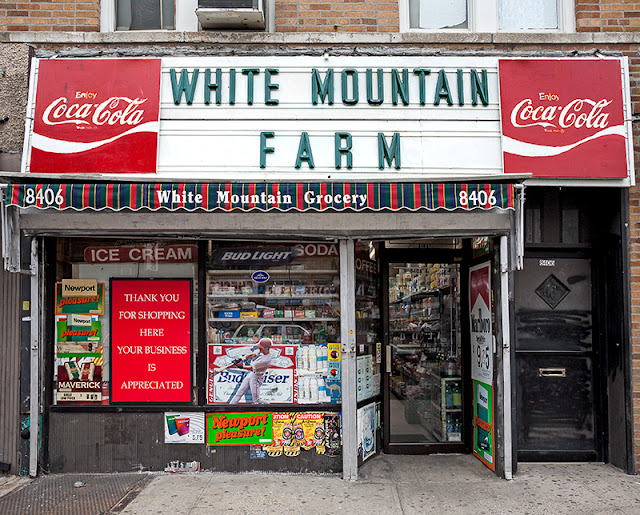