@longislandbar is an historic bar/restaurant which was opened in 1951 by Ramon Montero and was run by his daughter Emma Sullivan (and her late husband) until 2007. It sat empty for nearly 7 years until it was lovingly restored (including the #vintage two-color #neonsign ) and reopened by Joel Tompkins and #mixologist Toby Cecchini. We love ❤️ that they not only kept but relit the #neon. We are sure that Emma would be proud! We photographed this #storefront back in 2004 for our book "Store Front:The Disappearing Face of New York" and also interviewed Emma who told us the name of the bar was chosen by her father "because Brooklyn was still considered part of Long Island back then". 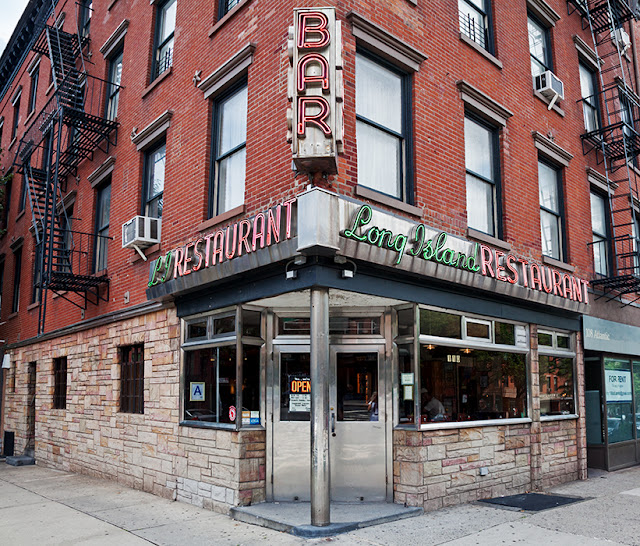 Posted by James and Karla Murray at 6:47 AM