The Urban Lens: Inside the Village East Cinema, one of NY’s last surviving ‘Yiddish Rialto’ theaters - January 27, 2017 By James and Karla Murray for 6Sqft

Moviegoers at the Village East Cinema located on 181 Second Avenue at the corner of East 12th Street may be surprised to learn that they are visiting a recently restored New York City designated landmark. The Village East Cinema has a fascinating history as one of the last surviving “Yiddish Rialto” theaters along Second Avenue in the East Village. Today, the cinema is known for premiering many independent films and an eclectic mix of art and commercial releases. The theater’s most significant visual aspect, however, is its main auditorium’s ornate and colorful ceiling, which is regarded as having one of the most remarkable works of plaster craftsmanship displays in New York City. 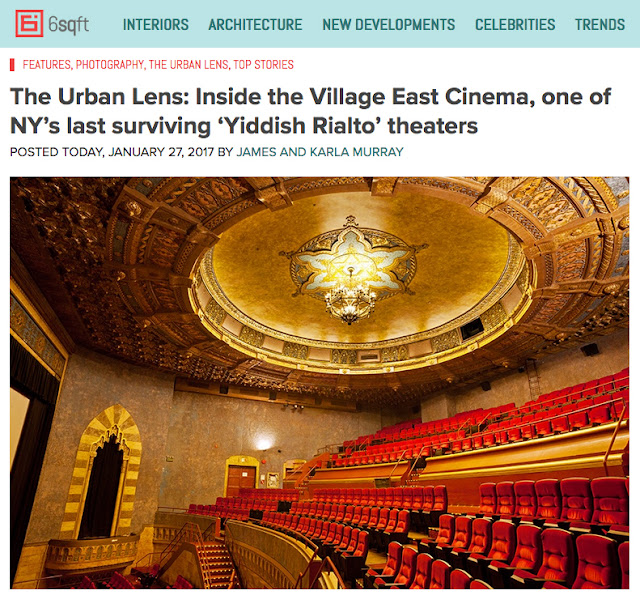 Posted by James and Karla Murray at 8:58 AM