PATSY’S RESTAURANT was founded by Pasquale “Patsy” Scognamillo. Patsy came to New York from Naples, Italy 🇮🇹 with his wife Concetta in the 1920s and opened his #Italian restaurant in the Theater district in 1944. Third-generation family members are now running Patsy’s and one of the co-owners, Frank DiCola told us," This was Frank Sinatra’s favorite restaurant and he often dined here after recording at his nearby studio. He brought in many other famous celebrities and that definitely helped give the restaurant its status." We of course are not only big fans of the amazing 🍝food but also its original #vintage #neonsign. Photo from 2010 and full interview with Frank appear in our book "Store Front II-A History Preserved". #storefront 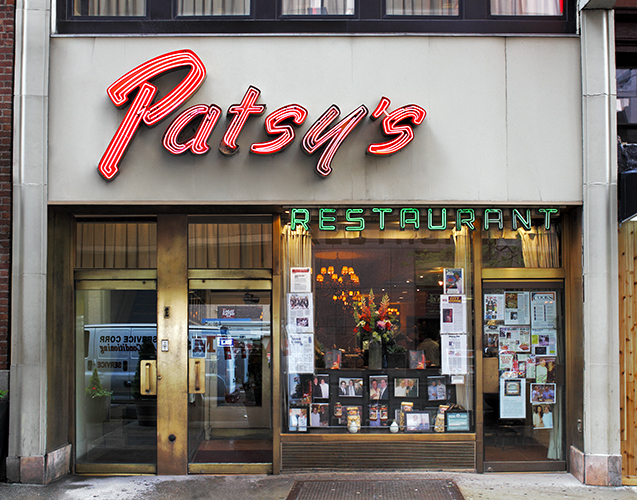 Posted by James and Karla Murray at 7:40 AM