Joe's Dairy in the South Village was founded in 1977 but was operating as a dairy store called Frank and Al's Dairy for over 40 years prior. It specialized in #homemade Mozzarella both regular and smoked flavors, which were made on premises. In this photo taken in 2008 for our book "Store Front: The Disappearing Face of New York", the owner's father is relaxing outside the #storefront after having hydrated and marinated sun-dried tomatoes 🍅 which they also sold at the shop. Sadly this #Mozzarella store closed in 2013, which came as a surprise to many but the owner Anthony had told us in 2008 that "When I am ready to retire, it (Mozzarella making) will probably be a lost art in my family because I have a daughter but I won't allow her to do this. It's a lot of hard work. It's not that a woman couldn't do it, but you have to get up really early and work long hard hours." Full interview and photo appears in our "Store Front: The Disappearing Face of New York". 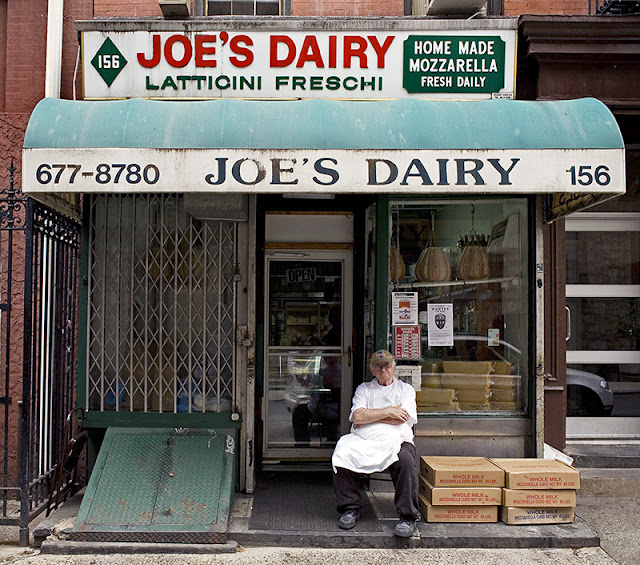 Posted by James and Karla Murray at 1:58 PM