Chinatown Fair Arcade in Manhattan was founded in the 1950s.

Chinatown Fair became most famous for its Tic-Tac-Toe Chickens. The chickens 🐔 were trained in Hot Springs, Arkansas by former students of famed behaviorist B.F. Skinner. The first tic-tac-toe #chicken was installed at the #arcade in 1974 inside a special tic-tac-toe game box with a coop, where the chicken 🐓 received seeds after making a selection. After putting 50 cents in the slot, players would win a large bag of fortune cookies if they could beat the chicken at a game of electronic tic-tac-toe, but nobody could ever win but at best earn a tie. The sign on the game said, “Bird Brain. Can You Beat Him? The word “chickens” disappeared from Chinatown Fair’s #sign sometime in 2000 when the arcade no longer kept any dancing chickens or tic-tac-toe ❌⭕️ chickens. 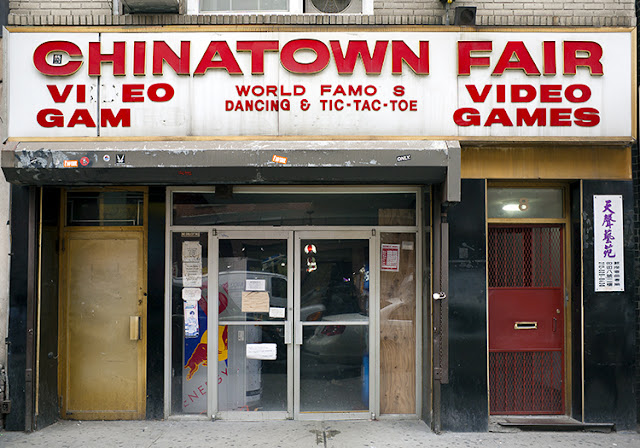 Posted by James and Karla Murray at 6:32 AM