In honor of #memorialday we are posting our photo of the former Navy Yard Cocktail Lounge in Fort Greene.

This #divebar was in business from 1907 to 2010. Steve Frankel, who owned the business since 1999. lost his lease when the building was sold to a developer. The #cocktail lounge originally served the tens of thousands of Brooklyn Navy Yard personnel who worked in the shipbuilding industry,and later catered to the workers in the many industrial businesses and film and television studios, which have rented spaces at the revitalized Navy Yard industrial park. Photo from 2008 appears in our recently published book, "Store Front II- A History Preserved". 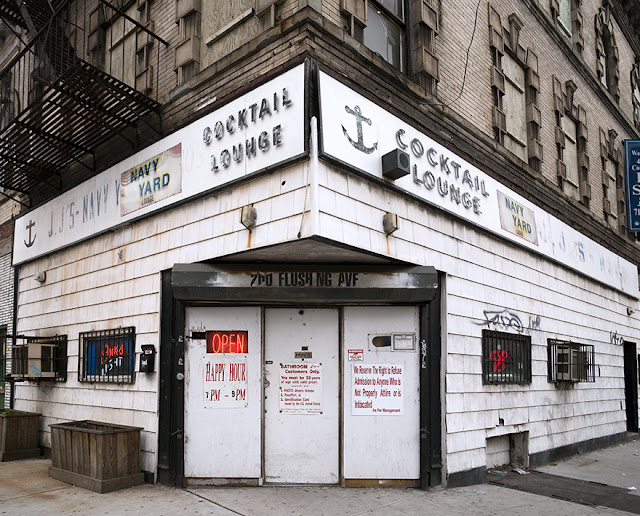 Posted by James and Karla Murray at 2:21 PM