Open since the 1950s, this diner-style restaurant serves high-end French fare, from foie gras to onion soup. When Iggy Pop and Bowie lived in Berlin they often ate at the Paris Bar. The restaurant is the scene of an infamous Rolling Stone interview where the journalist described the cafe as a scene from Degas' The Absinthe Drinkers and Iggy got so drunk he ended up rolling around in the ice outside. ‪#‎paris‬ ‪#‎berlin‬ ‪#‎bar‬ 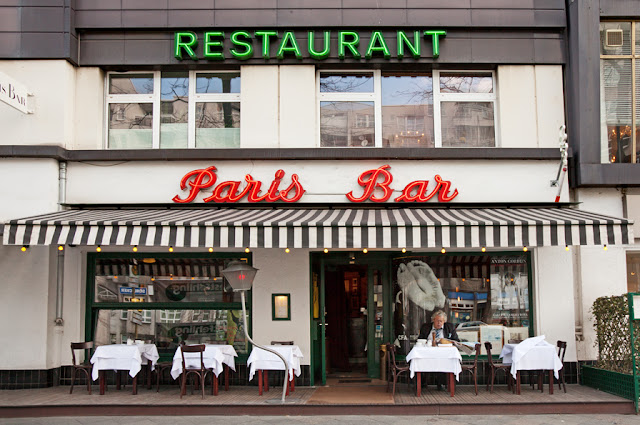 Posted by James and Karla Murray at 9:53 AM