Jimmy's Stationery & Toys in Bed-Stuy, ‪#‎Brooklyn‬ was in business for over 80 years before it was forced to close earlier this year after a new landlord purchased the building and evicted the retail tenant for having an expired lease. James "Jimmy" Leary purchased the store in 1968 leaving the storefront with its original tin ceiling, long counter, glass ‪#‎candy‬ case and two private wooden telephone booths. Although in more recent years the telephones were removed by the phone company, the booths remained and became a popular hangout for Jimmy's pet cat Sheshe. When Jimmy was evicted in May, the cat was still locked inside the store, and Jimmy had to fight his new landlord in court to have his cat returned to him.

Photo from 2006 appears in our book "STORE FRONT: The Disappearing Face of New York" along with a full interview with Jimmy Leary who told us that the very first Teddy Bear was created right next door to his store. 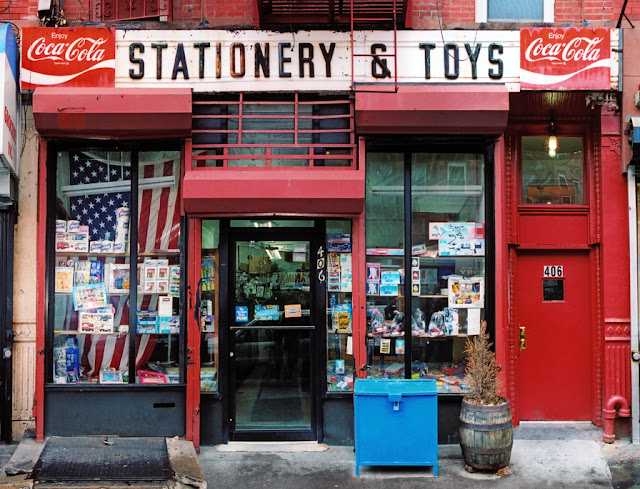 Posted by James and Karla Murray at 6:59 AM