Papaya King was founded in 1932 by Constantine Poulos on the corner of Third Avenue and 86th Street. Constantine “Gus” Poulos created Papaya King after falling in love with a papaya drink while on vacation in Cuba. Gus was a young Greek immigrant who owned a deli in Yorkville and after figuring out how to get fresh fruit to New York City, sold the deli and opened up his fresh tropical juice stand specializing in the creamy orange-colored drink made from the pulp of the papaya fruit. He also added fresh-squeezed strawberry 🍓 shakes and coconut drink mixed with papaya juice to the menu. It wasn’t until he fell in love with and married a young German-American woman, who introduced him to popular German food from the neighborhood, that he decided to also sell frankfurters at his juice stand.  We not only love @papayaking hot dogs and papaya drink but also their iconic #neon sign which was installed in the 1960s. The full photo (this was cropped for IG) appears in our book “Store Front II-A History Preserved” among with an interview with the nephew of the founder, Mr. Poulos. 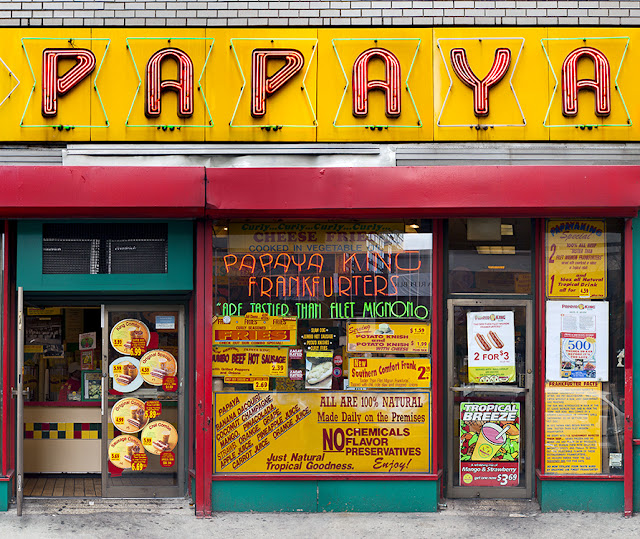 Posted by James and Karla Murray at 7:54 AM