Even though it is near the end of September and the first weekend of the fall season, it reached 91 degrees F in New York City so a visit to Nathan's seemed appropriate. Nathan's @originalnathans was opened in 1916 by Nathan Handwerker, a Jewish immigrant from Poland. Nathan's became popular in #ConeyIsland due to its low prices (5 cents a hot dog) attention grabbing #signage and attractive location by the beach. We not only love its hot dogs but also its array of #neon signage. The large vertical #neonsign was installed in the 1930s and the others along the #storefront were added in the 1960s. Photo from 2011 appears in our book "New York Nights". #nathansfamous 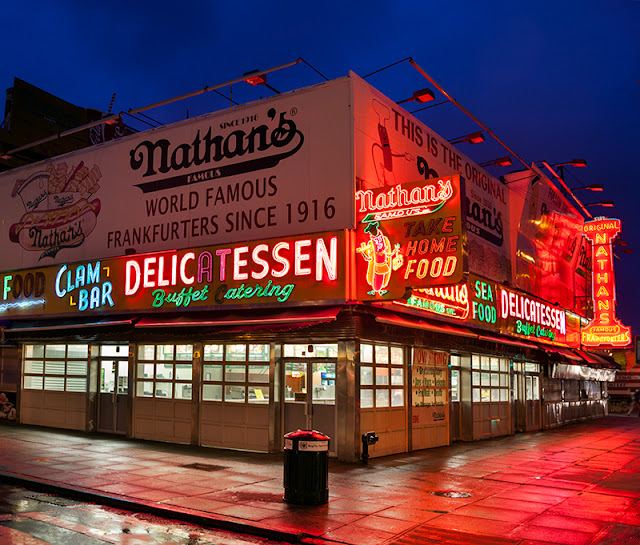 Posted by James and Karla Murray at 7:49 AM