Gertel's Bakery was in business on Hester Street in the Lower East Side from 1914 to 2007.

This #Jewish bakery was owned by Abe Stern and specialized in homemade rugelach, challah bread, and hamantaschen. The #bakery was forced to close when the building was sold to a developer who knocked it down to build a luxury eight-story condo. Not visible in this photo was their overhanging #neon #sign which luckily was saved and moved to their wholesale business in Brooklyn. We also wished that this great #handpainted #signage with the #script lettering was also saved. Photo from 2004 taken with 35mm film appears in our book, "Store Front: The Disappearing Face of New York". 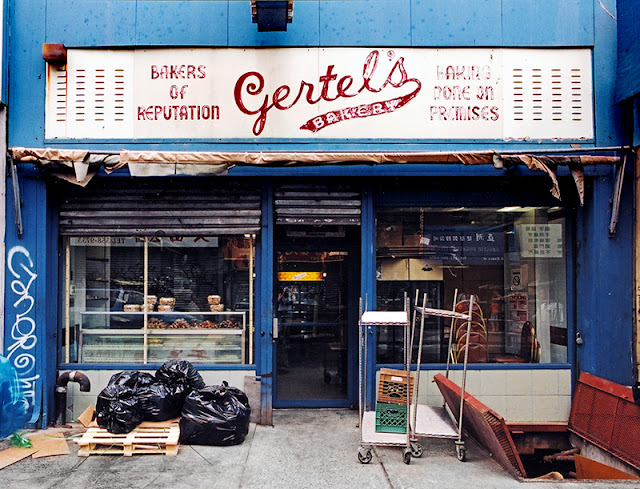 Posted by James and Karla Murray at 7:08 AM