Prior to that it was called Club Baths, the first openly gay-owned bathhouse which operated from 1971-1983 and then Cave Canem , from 1986-1993. Lucky Cheng's became hugely popular in the mid 1990s, complete with drag queen waitresses and was even used in an episode of Sex & the City for a bachelorette party scene. We particularly liked its #sign shaped like a Chinese food takeout box! 🍜 In July 2014, Lucky Cheng's closed primarily due to a huge rent increase. 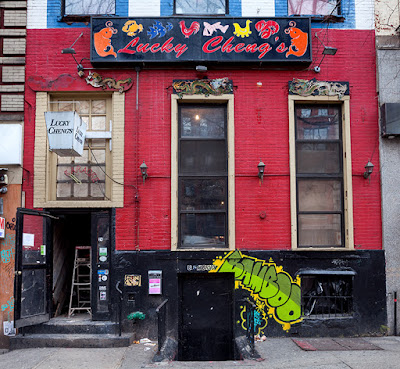 Posted by James and Karla Murray at 8:12 AM