Dead Horse Bay is a small body of water in Brooklyn...

Dead Horse Bay is a small body of water in Brooklyn that got its name from the horse rendering plants that were on the former Barren Island in Jamaica Bay near the shoreline of Flatlands. In the late 1850s, Barren Island was the site of the largest dump in New York City, fed by barges carrying garbage and animal remains. Factories on Barren Island used the carcasses of dead horses, which were put in large vats and boiled until the fat could be removed, for use in fertilizer, glue, and oils. The bones of the horses were then chopped up and dumped into the water. The last horse 🐎 rendering factory on the island closed in 1935 and in 1936, the island’s final 400 residents were evicted to make way for the creation of the Belt Parkway. The City continued using the area as a garbage dump until 1953, when the landfill was capped.

To see more of our photos of Dead Horse Bay and read the article “Trash or Treasure” we wrote for @6sqft please visit: https://www.6sqft.com/take-a-tour-of-dead-horse-bay-brooklyns-hidden-trove-of-trash-and-treasures/ 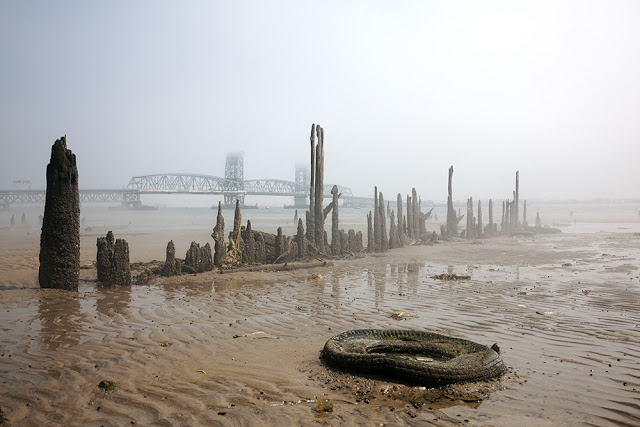 Posted by James and Karla Murray at 10:40 AM