Krispy Kreme Doughnuts 🍩 in Savannah, Georgia has a #vintage oversize #neonsign that has been in place since at least 1968. The @krispykreme #doughnut company was founded in 1937 in Winston, North Carolina and began to expand in the Southeast in the 1950s including an early store in Savannah. We could not determine whether this #signage is from the store built in the 1950s but the current Krispy Kreme Store at this location, according to public records was built in 1968. If any #KrispyKreme fans know more about this gorgeous #neonsign please let us know! And yes, we had some fresh donuts 🍩 while we were there! 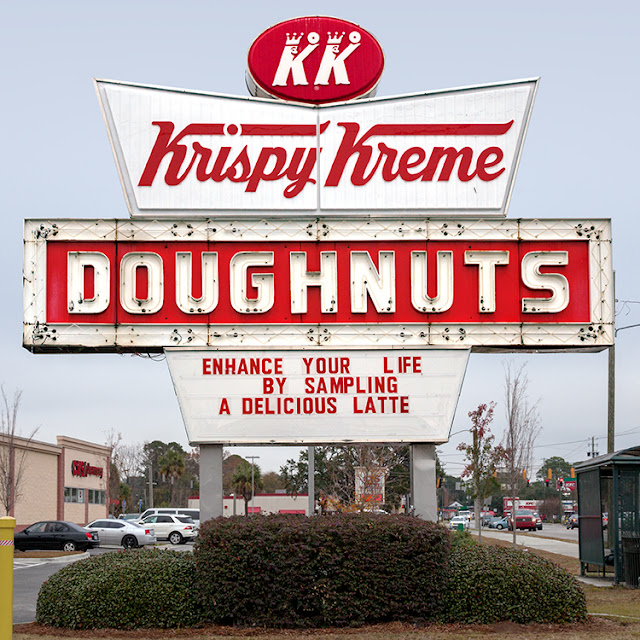 Posted by James and Karla Murray at 8:19 AM