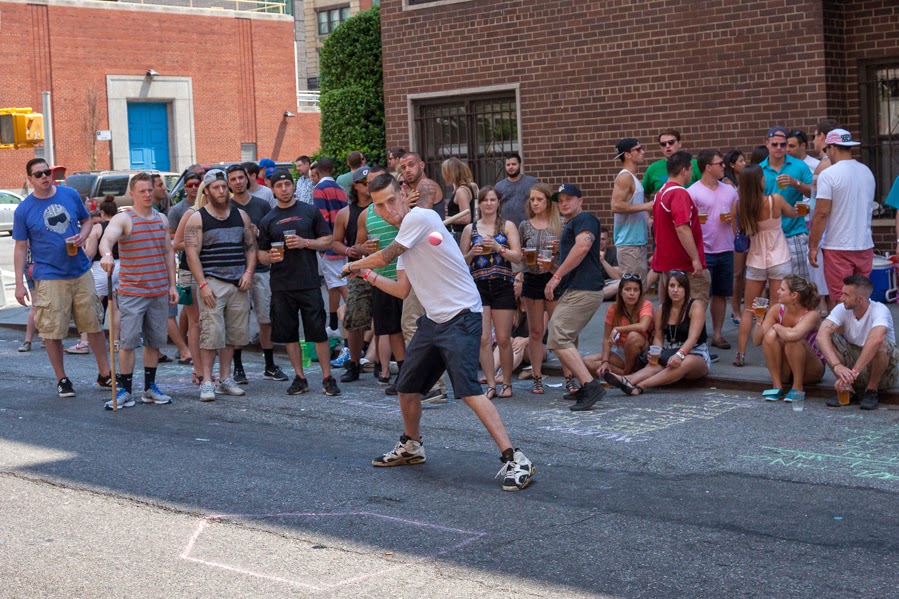 The "Spauldeen". A pink rubber ball replaces the hardball so that windows of apartment houses and cars aren’t broken in the process. A stick, originally a mop handle, replaces the bat. 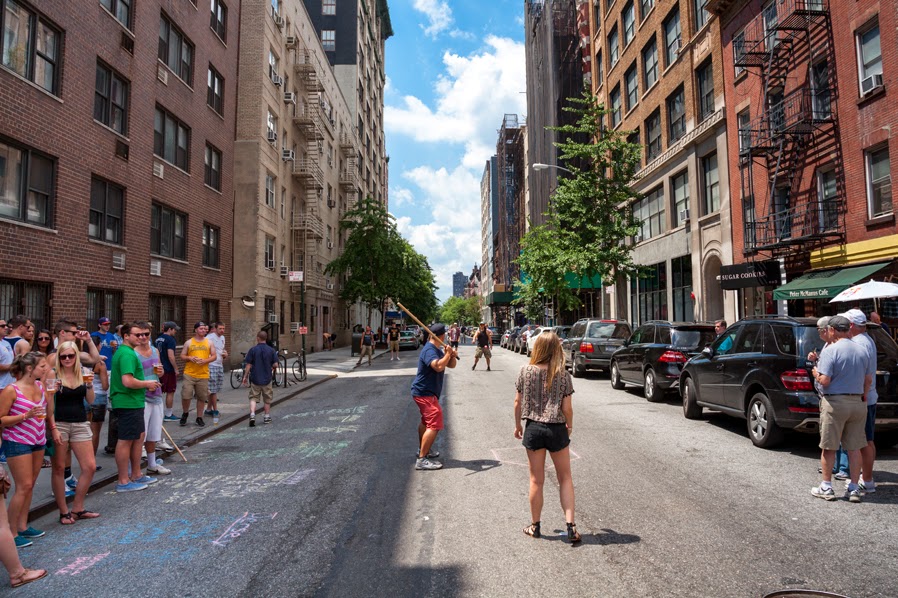 19th Street. Cones closed off the "field" and only a few brave souls decided not to take the hint and drive through anyway. A chorus of "boos" followed them down the street. 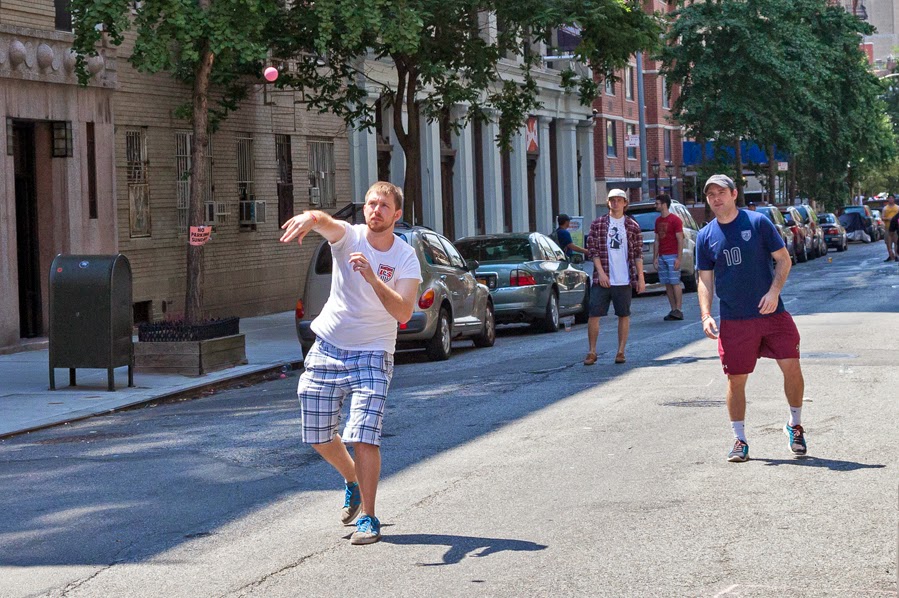 The pitch.  There are three essential variations of stickball: self-hit (fungo), slow-pitch, and fast-pitch (f.k.a. wallball).  Today it was slow-pitch, which many consider the purest form of the game. 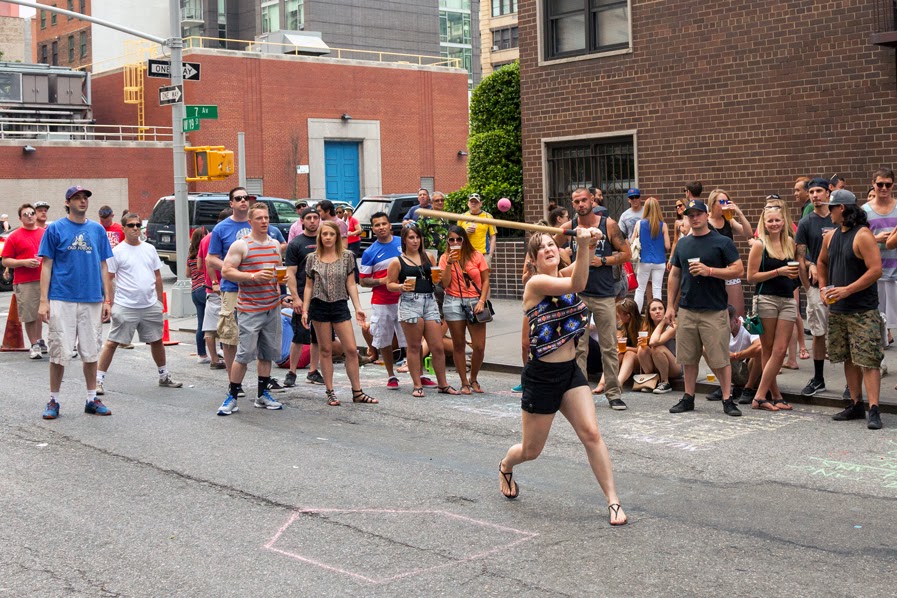 Out of the strike-zone. While it may seem easy to hit the ball, it actually is quite difficult, especially if the pitcher is skilled and puts various spins on the ball to make it bounce in seemingly random ways. 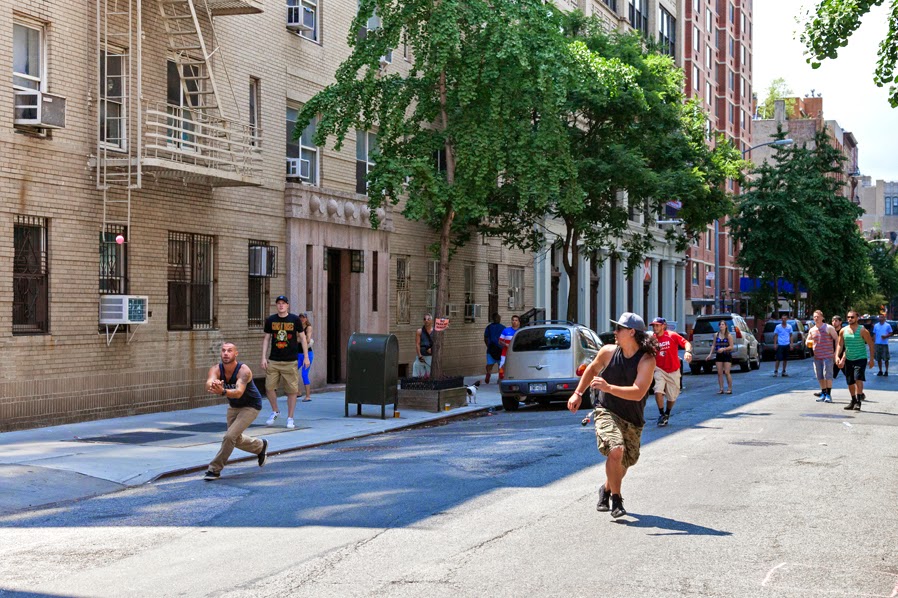 "Fielding". Typically, a stretch of street between 1-2 city blocks is required, as a batted (or “sticked”) ball can easily travel this distance. 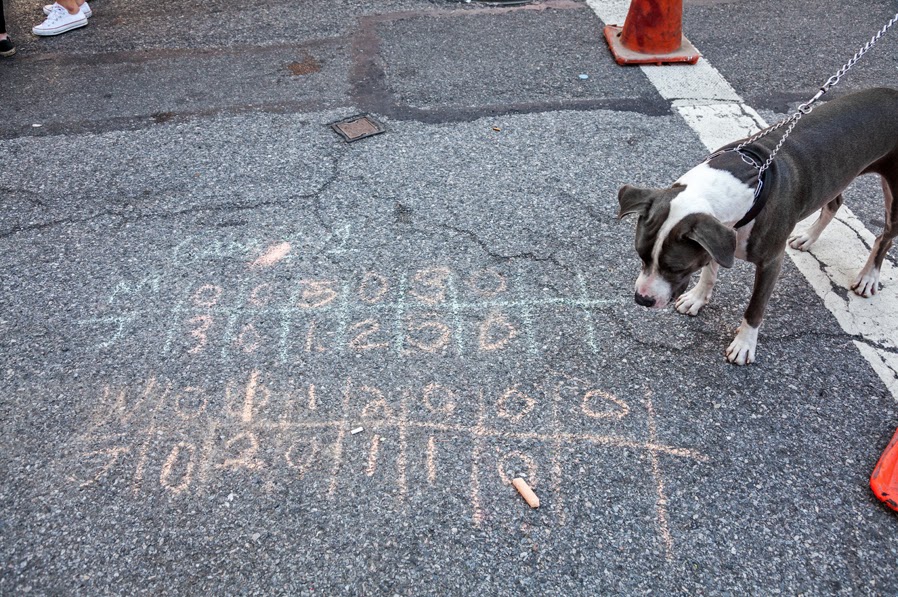 The "score-board". Runs are kept track of with chalk. Our dog Hudson eyes the chalk, or what he thinks could be (another) hot dog. 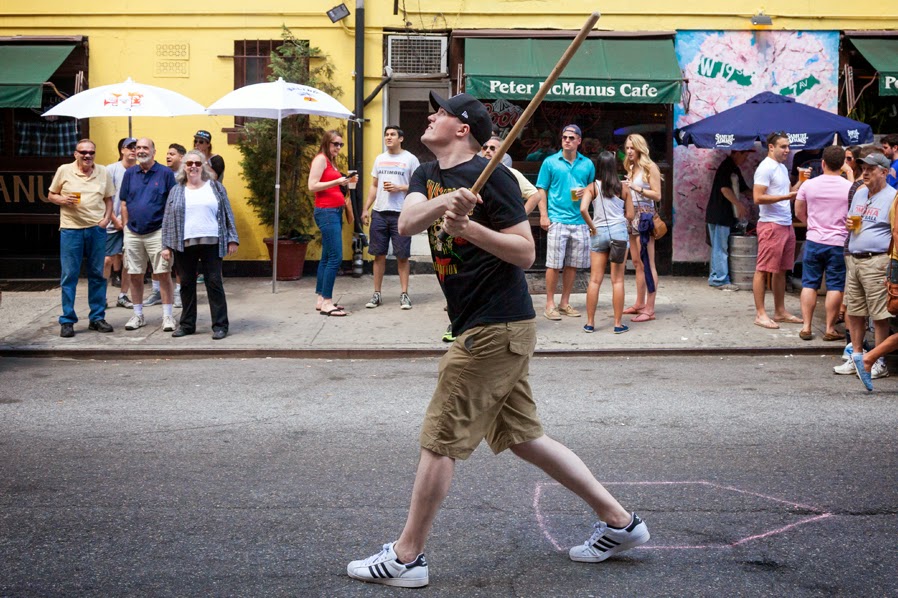 A high, fly-ball. Anything that lands on a roof is an automatic out. 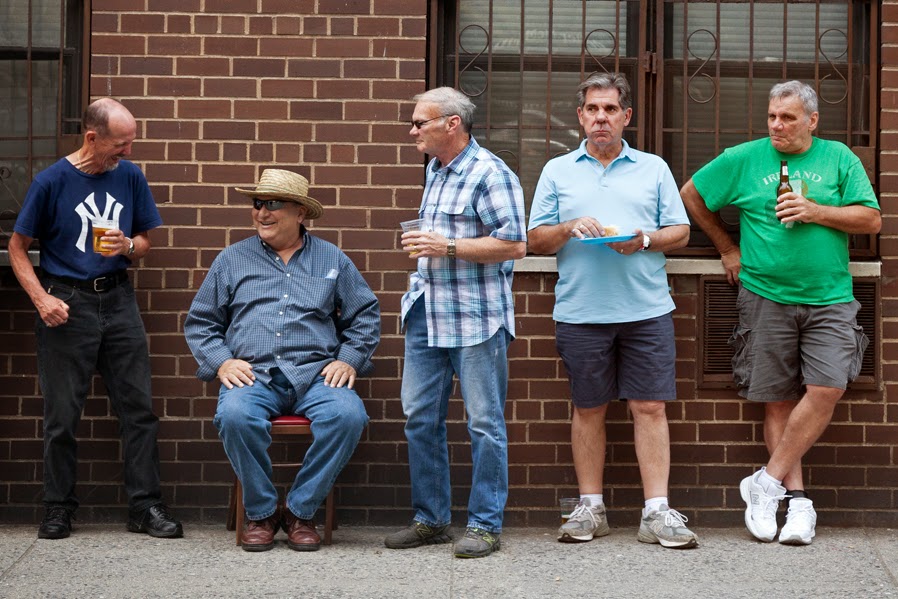 Old-timers. There are some old-time New York stickball legends like Willie Mays and Joe Pepitone. 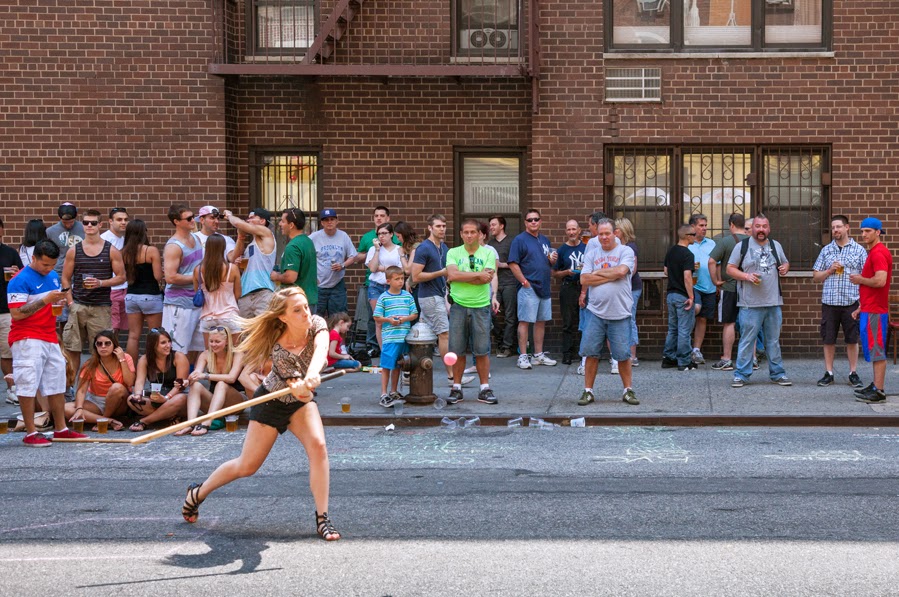 Eye on the ball. Today, men got only one strike. Women, two. 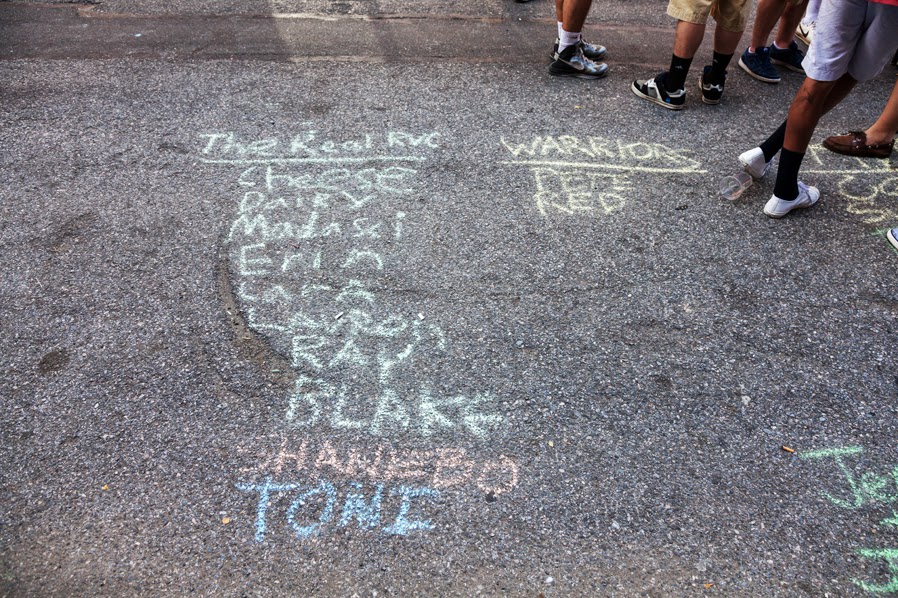 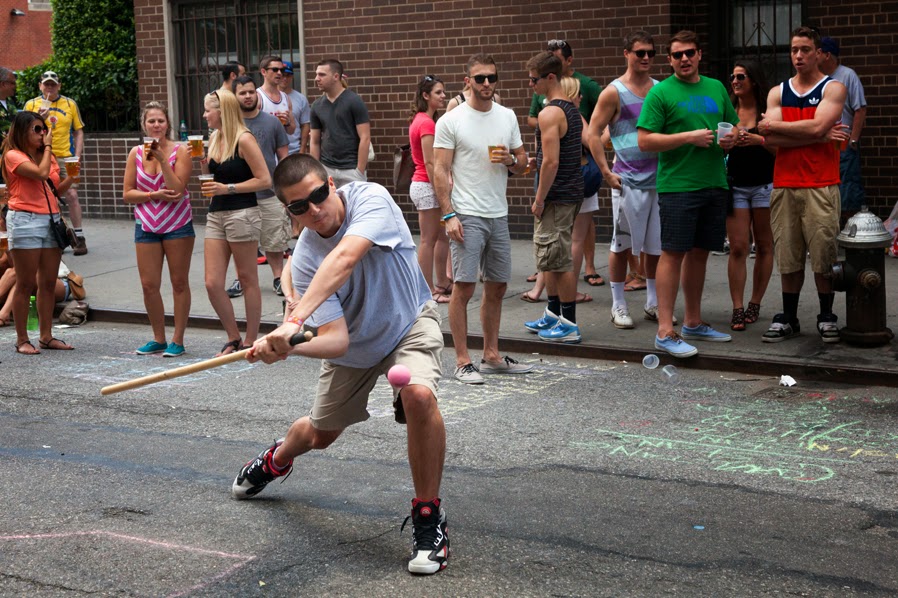 The Swing. If a batter doesn’t swing, especially at a good pitch, he is typically harassed by his opponents and teammates alike. Usually, fouls count as strikes. If the batter lets a bad pitch drift past cheers of "Good Eye!" break out. 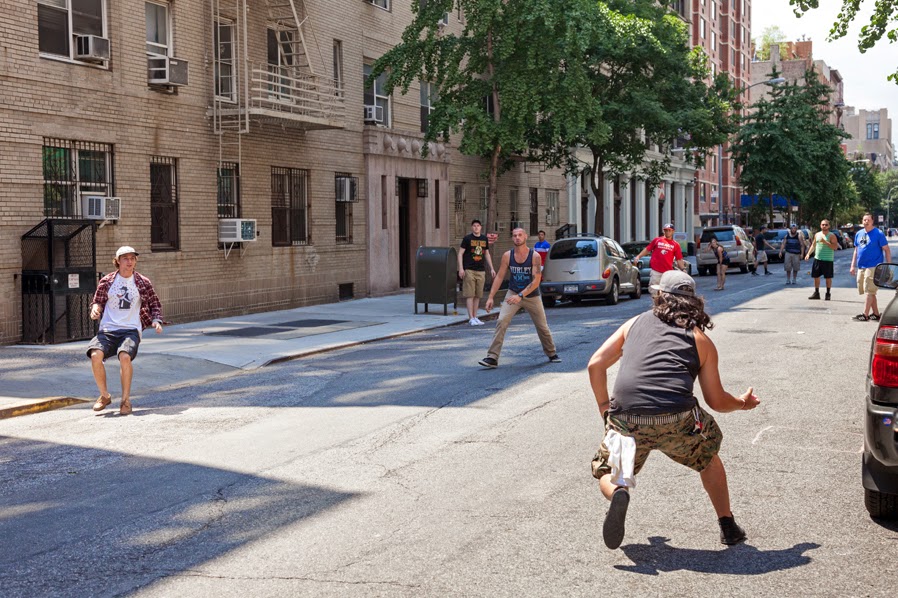 Base runner. In some versions of stickball there is no running, but in most leagues, the hitter must run the bases just like in baseball. Manhole covers, car tires or outlines drawn in chalk become bases. 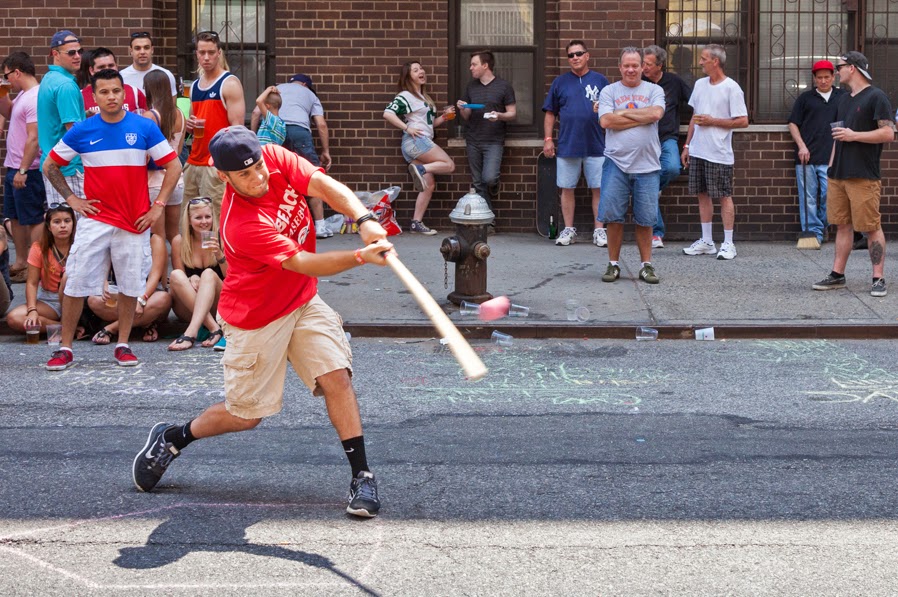 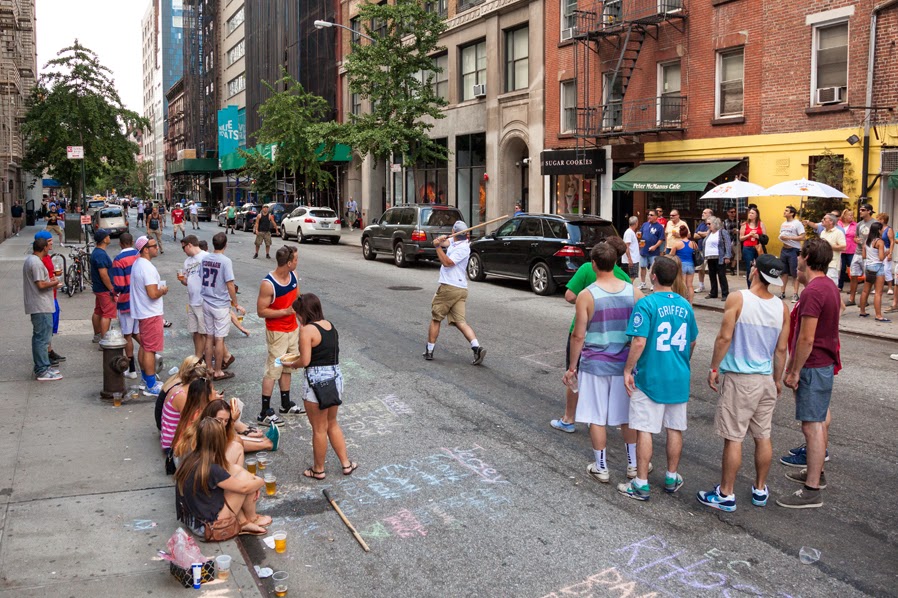 Pop-up. The weather was perfect, the mustard spicy and the games intense. 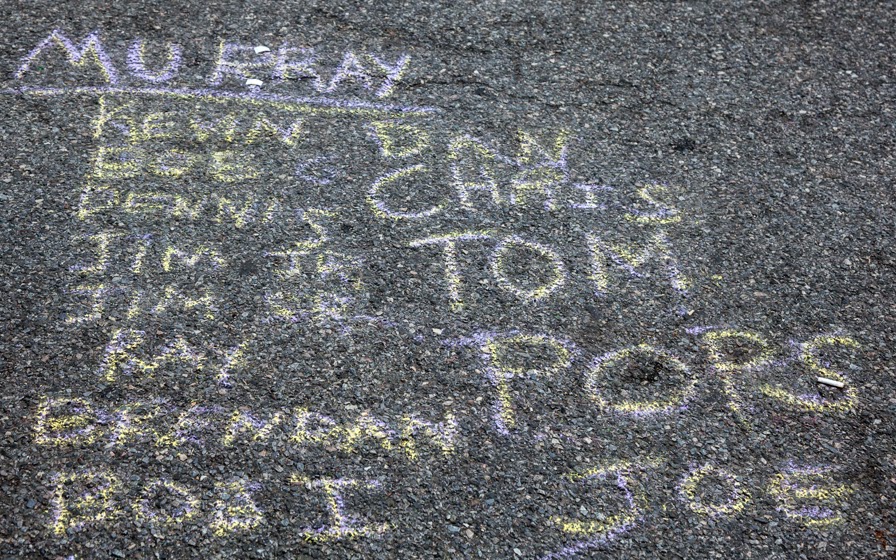 It was no secret who we were rooting for...

More info: http://www.streetplay.com/stickball/introduction.shtml
Posted by James and Karla Murray at 11:20 AM