STORE FRONT: Jay Dee Bakery - J Dilla – Give Them What They Want

"The Estate of James Yancey revived J Dilla’s PayJay Productions as a functioning imprint and announced its release of Dilla's long lost vocal album, The Diary. Thus far, two limited edition EPs - "Anthem" b/w “Trucks” and “Diamonds” b/w “Ice” – have seen release. “Give Them What They Want” is the last EP that will be released before The Diary is unleashed in full. “Give Them What They Want” is a special treat – an unheard J Dilla-produced vocal track that has never before been released. It is paired on this release with the Super Dave West version, entitled “The Doe,” and a second West-produced track, “No One’s Home.” “Give Them What They Want” was mixed by Dilla himself, and its component instrumental was mixed down to match Dilla’s vocal version by Dave Cooley, from Dilla’s original multi-track sessions.

The first press of this 12” features clear vinyl atop a Jeff Jank-altered photograph by James T. & Karla L. Murray from their lauded book Store Front – The Disappearing Face of New York (Gingko Press) and an original label illustration by Denise Nestor. Subsequent runs will not have the clear vinyl or the fold-over plastic sleeve." 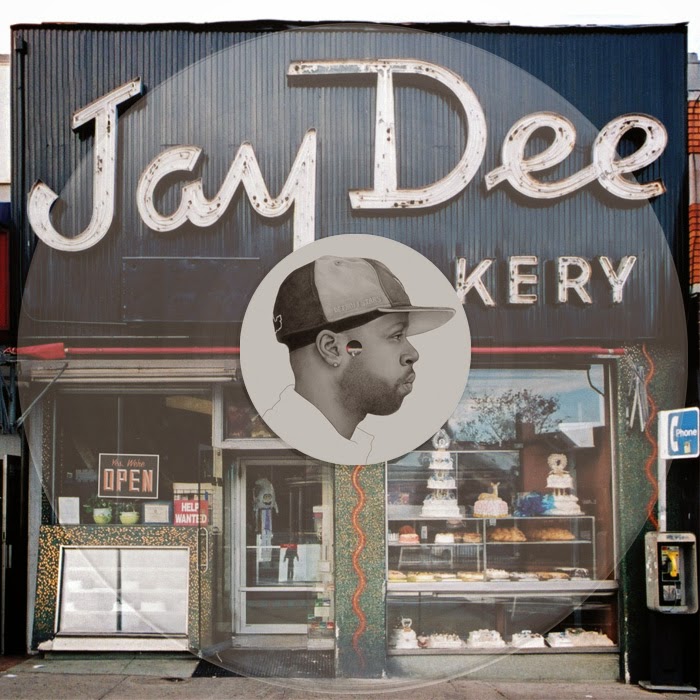 Posted by James and Karla Murray at 6:46 AM